As the calendar turns to 2018, there clearly is a renewed focus on sexual harassment in the workplace. Indeed, from the high profile cases coming out of our political arena in Washington, DC, to the outing of high profile movie producer Harvey Weinstein in Hollywood, to the “Me Too” movement on social media, it is almost a foregone conclusion that these types of claims will only increase across all industries in the coming year. And the construction industry, almost above all others, certainly is not immune; in fact, quite the opposite.

In fact, the biggest survey ever produced focusing on sexual harassment in the work place found that the two industries with the highest rate of incidents were the construction and entertainment industry. According to the survey, 59% of women aged 28-40, involved in the construction industry, have been the subject of sexual harassment. Chew on that for a moment; it means that a woman who chooses to work in construction is more likely than not to be sexually harassed at some point in her professional life. And this was before the events of the last year or so.

Indeed, sexual harassment in the construction industry quickly brings to mind images of wolf-whistling and cat-calls, and while this kind of behavior might have been seen years ago as “boys will be boys” letting off steam, the times they are a-changing. Awareness of sexual harassment in 2018 is perhaps higher than it has ever been. And today’s female workforce certainly sees things differently as a result. And while women may make up a far smaller proportion of the workforce in general, and particularly in construction, the fact of the matter is no matter the number differential, women no longer are going to accept being marginalized within the workforce.

From the moment of hire, employers need to ensure they provide sufficient training in order to educates workers (including management) on the subject of sexual harassment. From management to entry-level workers, all individuals must know they will be held accountable for their actions if they create a hostile work environment.

Sexual harassment is deeply ingrained in the hard-hat industries and it is a problem that demands attention and action – not six months from now, but today.[/vc_column_text] 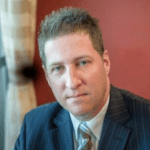 Mr. Levine frequently lectures on labor and employment law matters and has served on the Executive Committee of the Labor and Employment Law Section of the Florida Bar. Mr. Levine also is a past President of the Federal Bar Association, Broward County Chapter. An active leader in the community, Mr. Levine has served as the 2003-04 Chair for Leadership Boca, Greater Boca Raton Chamber of Commerce, as well as on the Board of Directors for B’Nai Torah Congregation.

How’s Adulting Going for You?

Thanksgiving this year, by design, was a quie…

Are You in Workplace Wishbone Mode?

I grew up a day’s drive from Plymouth Rock,…

A few years back was a particularly tough yea…

What Do You Think About Employment TRAPS...

A client of ours at FLCC suggested this blog…